Let us manage the data, so you can manage the money.
You are here: Home / Tech Help / Buying a computer to run PortfolioCenter 4: Memory size 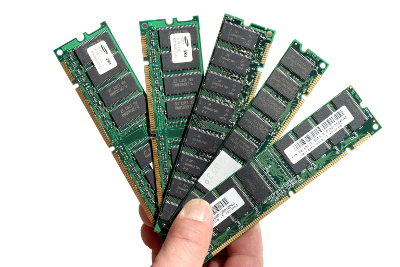 The next version of PortfolioCenter – expected Fall 2012 – will require Windows Vista, 7, or Server 2008.  Memory size is an important factor in choosing a computer that will run PortfolioCenter well.

Random access memory (RAM) holds programs and data while they are being actively used.  The type of memory has to match the type of the processor, so it is rare that you can purchase faster memory.  You can often add more RAM, though, up to the limits your version of Windows will allow.

The maximum amount of memory allowed is determined by the processor’s ability to access large amounts of data, described as 32-bit or 64-bit.  A 64-bit system not only handles larger amounts of memory than a 32-bit system, it also handles that memory more effectively.   PortfolioCenter can run much faster in a 64-bit environment.

Generally speaking additional RAM will improve PortfolioCenter performance, especially on a stand-alone computer where all components are on the same machine.  In some cases, additional RAM has a more significant impact on PortfolioCenter performance than processor speed – although most people won’t need more than 16GB.  More memory won’t make your PC faster, but it will make it run at about the same speed with more windows open.

Have you seen this error (or one like it) when using PortfolioCenter? I got this error when trying to use the Trade Lot Reconciliation Tool after … END_OF_DOCUMENT_TOKEN_TO_BE_REPLACED