Let us manage the data, so you can manage the money.
You are here: Home / Tech Help / Buying a computer to run PortfolioCenter 1: 3 critical choices 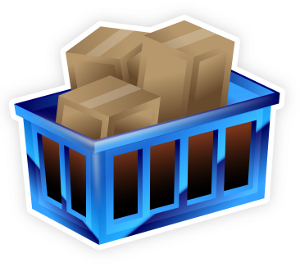 The next version of PortfolioCenter – expected Fall 2012 – will require Windows Vista, 7, or Server 2008.  If you need to upgrade your hardware to continue running PortfolioCenter, make sure you understand 3 critical specifications before going shopping: processor, disk space and memory.

The processor is the brain.  It is characterized by

For all three, higher numbers are typically better.

Disk space is non-working storage — the place where your programs and data are stored when not in use.  Disk space is measured by how many bytes of data it can hold (usually in GB or TB), although some less common specifications also tell us how quickly we can retrieve information from disk.

Memory (also called RAM) is working storage — the place where programs and data are stored while in use.  It is also measured in GB.  Because memory is accessed by the processor frequently, memory has to be much faster than disk space.  Faster means more expensive, which means smaller if it is to be affordable, so the memory size of a computer is normally much smaller than its disk size.

The processor, disk space and memory work together all the time.  When you run a program, the program and its data are read from disk into memory, and then the processor does whatever the program tells it to do.  Every computer task involves a program, so from the moment the PC boots until it shuts down, the three-way combination of disk space, memory and processor are at work.

Lower performance of one category affects the performance of the whole.  For instance a computer with a very fast processor will perform slowly while it is reading data from a slow disk.

When buying a new machine, you want to balance these three categories in the way that gives you the highest performance from the parts you use most heavily while saving money on the parts where your demands are lighter.

Next in Series:  Buying a computer to run PortfolioCenter 2: Disk speed

Have you seen this error (or one like it) when using PortfolioCenter? I got this error when trying to use the Trade Lot Reconciliation Tool after … END_OF_DOCUMENT_TOKEN_TO_BE_REPLACED