Let us manage the data, so you can manage the money.
You are here: Home / Who we are / Our Team

Krisan invented the business of providing back office support to investment managers in 1992 — before email and the internet.

After graduating Phi Beta Kappa, “With Distinction” from Stanford University, Krisan worked as a technical writer and computer programmer.   When her in-laws asked her to provide computer support for their asset management team, Krisan selected Centerpiece (as PortfolioCenter was then known) from the competing products and began providing back office support for them.

At the time, Performance Technologies, Inc. had only seven employees, so the company president handled “tech support.”   When he discovered what Krisan was doing, he began telling other managers about her services. The rest, as they say, is history.

Krisan has handled every type of transaction and corrected every data error from a wide variety of brokers. She particularly enjoys helping start-up managers grow their businesses and she makes it a point to investigate the best ways to use every feature of PortfolioCenter.

Krisan is married to David John Marotta, Principal of Marotta Wealth Management. They have two grown children. When she’s not at her computer, you can find Krisan reading, making Kiva loans or performing with the Skyline Country Cloggers.

Matheson is a PortfolioCenter and tax specialist for Krisan’s BackOffice, Inc. In addition to all things PortfolioCenter, he aids the firm in cost basis analysis and tax research. He began work with the firm doing special projects before officially joining the team in 2014.

Matheson holds a B.A. in Religious Studies from the University of Virginia and lives in Charlottesville with his wife, Megan Marotta Russell.

Next
Spread the love 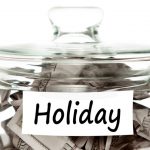 In 2020 The New York Stock Exchange will be closed for the following holidays: NYSE Holidays2020 DateDay of WeekNew Year’s DayJanuary … END_OF_DOCUMENT_TOKEN_TO_BE_REPLACED