Let us manage the data, so you can manage the money.
You are here: Home / Reporting / Why have the numbers changed on PortfolioCenter performance report? 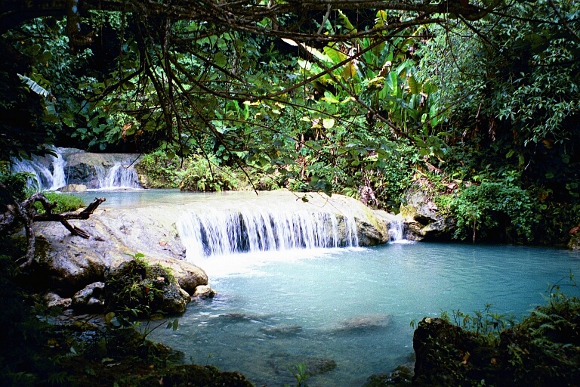 [dropcap style=”light”]A.[/dropcap] The short answer is the data changed after you ran the first report.

Most people view posting to the PortfolioCenter database as building a brick wall.  Each day you add a new brick of data on top of yesterday’s data brick.  The new brick rests securely on the old brick.  It adds a new level but does not change the position, texture or location of the yesterday’s brick.  Running a report is like looking at an the quarter-end brick, solid and unchangeable.

However, that’s not an accurate picture.

A better analogy is to understand the PortfolioCenter database as the pool of water at the base of a waterfall.  Each day more data flows down the waterfall into the pool.  The new water mixes into and diffuses through the existing water in the pool, seeping into every corner and cranny of water.

Trying to pinpoint every change between two snapshots that is causing different numbers between two reports is like attempting to trace each new drop of water in the pond.  If there was a “data drought”, it may be easy to locate the few new additions.  But more commonly, there is a flood of new data especially at quarter end.

As a general rule, you should run all reports for a time period from the same database to make sure they are all produced from the latest and most up-to-date data.   If you need to re-run performance reports, it’s a good idea to re-run the intervals before producing the new reports to make sure you capture and process all the new data.

Have you seen this error (or one like it) when using PortfolioCenter? I got this error when trying to use the Trade Lot Reconciliation Tool after … END_OF_DOCUMENT_TOKEN_TO_BE_REPLACED