Let us manage the data, so you can manage the money.
You are here: Home / SEC Audits / SEC to State Transition deadlines approaching 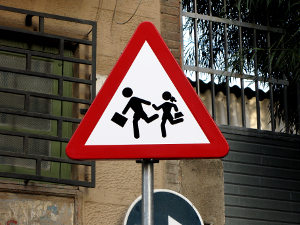 Mid-size RIAs may want to read the blog post by Chris Winn & Greg Brown from AdvisorAssist on the SEC to State Transition at the ByAllAccounts blog.  Their post contains the critical dates for compliance and when to transition.

In July 2010, President Obama signed the Financial Reform Bill into law as the Dodd-Frank Act, which set forth rules to require “mid-size” SEC advisors that are under $100 million in assets under management to transition their registration with the Securities and Exchange Commission (“SEC”) to the one or more state regulators based on the applicable state laws. The SEC postponed the dates for compliance from the July 2011 timeframe to 2012, which is nearly upon us. This regulatory change is estimated to affect approximately 3,200 advisors, which is more than 25% of those currently registered with the SEC.

The final amended rules provide for a bit more flexibility than the initial July 2010 plan as it  was originally signed into law. While the threshold for which investment advisers must register with the SEC will still move to $100 million, the SEC pushed back the compliance dates into 2012 and created a “buffer” in an attempt to avoid unnecessary back and forth filings. They also hoped to reduce the confusion around this transition with the additional time and communication on the matter. While the additional time and the buffer will certainly be helpful to advisors, the final rules certainly do not alleviate the confusion!

The amended rule now includes a provision for a buffer of $10 million above or below the $100 million threshold to avoid unnecessary frequent SEC and State switches based on market swings. An advisor must register with the SEC if it exceeds $110 million in assets under management. The buffer also provide for existing SEC advisors whose assets may temporarily drop to remain SEC registered if their assets do not drop below $90 million.

Have you seen this error (or one like it) when using PortfolioCenter? I got this error when trying to use the Trade Lot Reconciliation Tool after … END_OF_DOCUMENT_TOKEN_TO_BE_REPLACED